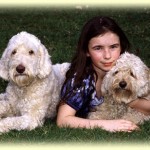 Many children, at one point in life, beg their parents for a puppy. Parents often immediately jump to all the added chores and financial obligations of owning a pet, but did you know that growing up with a dog can benefit a child’s physical and psychological development? Here are five ways children benefit from growing… Read more »

Summer is in full swing, meaning more daylight and time spent enjoying the beautiful weather. Hiking is a great summer activity for you and your dog to get some exercise and bond with each other in nature. Here are a few tips for a safe and enjoyable hike with your furry friend! Keep Your Dog… Read more » 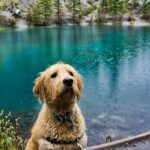 With summer coming in hot, we will inevitably spend more time outdoors with our furry friends. The hottest months of the year can be uncomfortable and even dangerous for dogs. To prevent your pet from overheating, you must take extra precautions for their safety.  Here are a few hot weather safety tips for your dog… Read more » 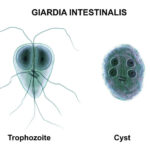 Giardiasis is an intestinal infection in humans and animals caused by a microscopic protozoan parasite, Giardia duodenalis. Giardia is a simple one-celled parasitic species; it is not a worm, bacteria, or virus. The Giardia organism has two forms. A fragile feeding form, known as the trophozoite, exists in the gut of infected animals, while a… Read more » 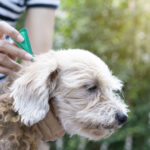 As flea and tick season begins to make its way into full swing, you need to be prepared to defend your furry friend from these parasitic enemies! Fleas and ticks can cause a wide range of health problems for your dog and should be avoided at all costs. Here are four tips to help keep… Read more » 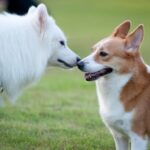 Within the past few years, many puppies have been born and raised during the unprecedented times of the Covid-19 pandemic. This has created a generation of pups who have not been exposed to enough socialization from people or other animals. An unsocialized dog can form anxieties and aggressions that make navigating their day-to-day life difficult…. Read more »

The cold weather and shortened days can leave you and your dog with a lot of pent-up energy. Although you may have the urge to hibernate in your home all winter long, you and your furry friend both need some exercise. Here are five creative winter activities your dog will love and will get you… Read more » 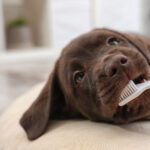 When it comes to our dogs, we have all the bases covered. From the waterproof walking jacket to the highest quality puppy chow, what more could we need? As pet owners, it is easy to forget the importance of dog dental care because it is not a topic that is talked about enough. We usually… Read more » 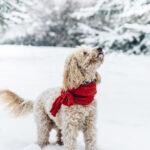 With winter fast approaching it’s important to have as much information as possible to have your furry friend protected from the cold. Since they will still need time for play and outdoor activities, you’ll need to ensure they are kept warm enough when they are outside, are properly dried when they come indoors and more…. Read more » 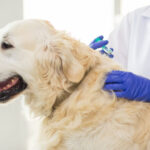 In recent years, titers have become a popular tool for veterinarians to measure antibodies when deciding whether a dog should be vaccinated.   A titer, or antibody titer, is a test that measures the concentration of antibodies in the blood of the animal. This test repeatedly dilutes a blood sample and exposes the dilutions to… Read more »