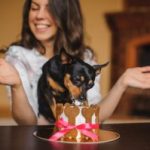 It has often been said that most people love their dogs as if they were their children. And in some cases, they love them more than their actual children! Either way, one thing is for sure– people love their pet dogs Celebrating the birthday of a dog has become increasingly trendy. Some people might think… Read more » 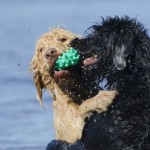 Just like humans communicate with one another, dogs do, too. If dogs had a language, you could call it “dogese.” They’ll “talk” with each other from an early age on, sharing information such as “I want to play,” “Don’t approach him or her,” or “Shall we invite him into our little group here?” If you… Read more » 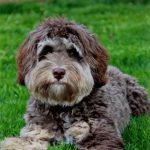 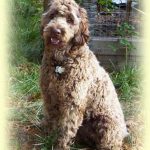 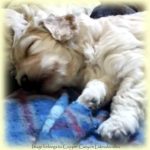 Copper Canyon of Chemainus, British Columbia, is known for breeding exceptional quality non-shedding Australian Labradoodle puppies. Located on the east coast of southern Vancouver Island, Copper Canyon Labradoodles has provided many families with puppies to make their home whole. For those who are unfamiliar with Labradoodles– these adorable dogs are very intelligent and easy to… Read more »

As humans, we utilize multiple senses to make sense of our world, but we tend to pay less attention to smell than to other senses. Dogs, on the other hand, make extensive use of their sense of smell. Here’s why the sense of smell is so important to dogs. Dogs have an incredibly powerful and… Read more » 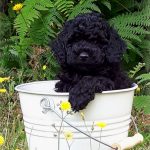 Dogs make wonderful companions and pets and have long been known as “man’s best friend” for good reasons. In addition to being great company, dogs are also able to share plenty of lessons with their human companions. These are a few of the things that dogs teach us about life. Unconditional love Dogs seem to… Read more »

If you’ve been bouncing around the idea of getting your kid a dog, here’s the answer: you should. Why should children grow up with a dog in the house? There are many reasons. First, a study in Finland found that babies who live with dogs get sick less because dogs cause babies to be exposed… Read more » 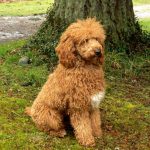 With April showers come May showers – and mud and the need for baths for your pup. With spring around the corner, it’s likely that your labradoodle will get into some of the mud outdoors in the coming weeks as you let them out to play in the warmer weather. Labradoodles have a specific type… Read more »